is the first application in history and the only one in the world that makes it possible to calculate the dates for the conception of a strong and healthy child with outstanding intellectual and spiritual abilities.

This app will help you determine the most favourable dates for conceiving a child in accordance with your biorhythms, the energy rhythms of the Earth and the Cosmos. 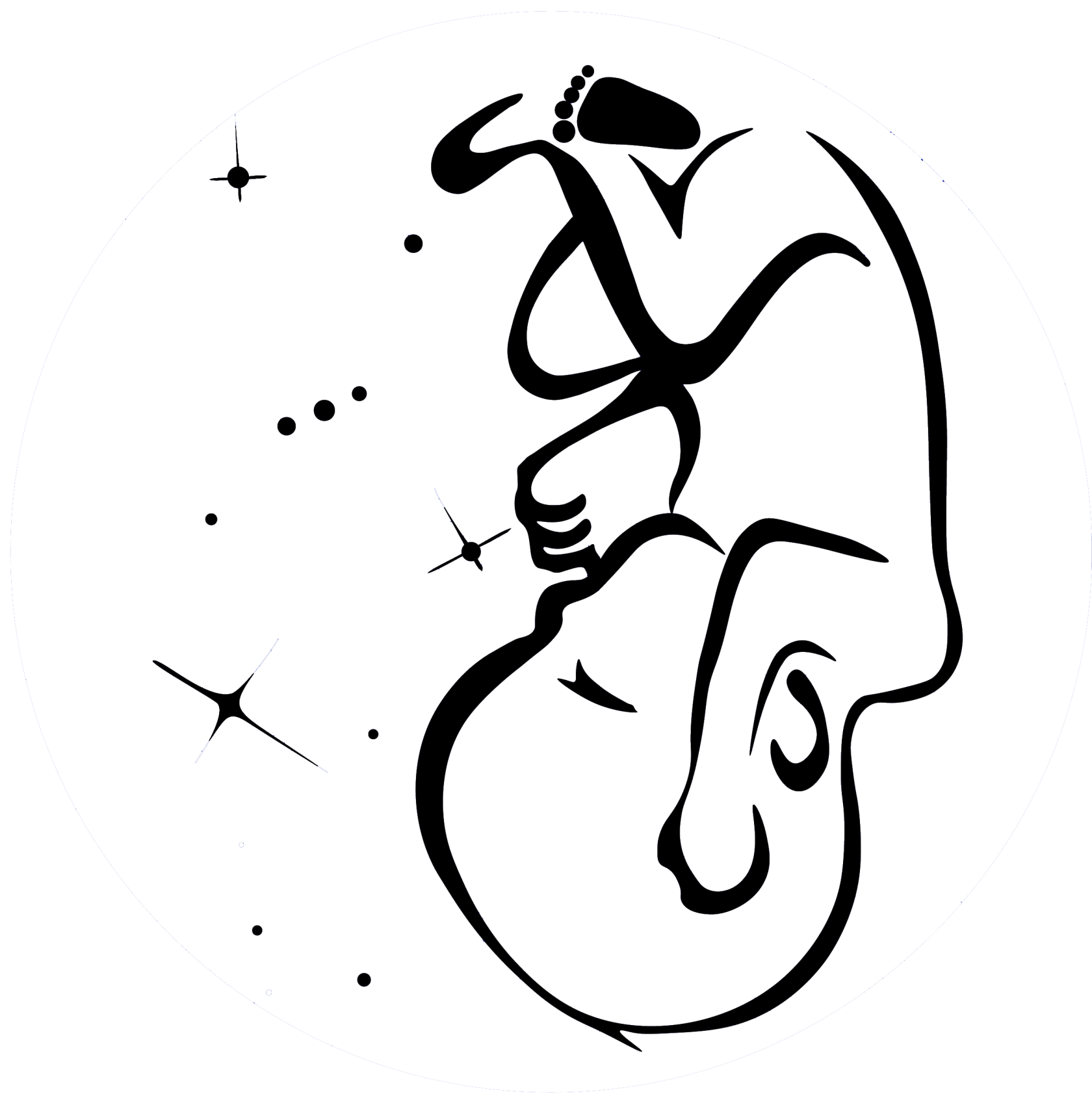 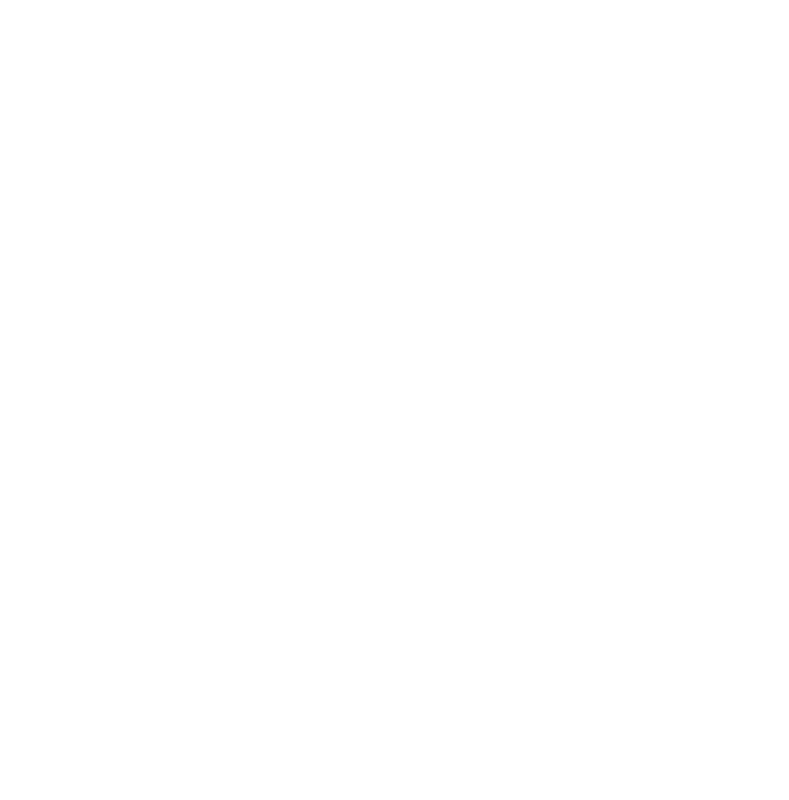 Cosmic Baby
«Cosmic Baby» – is the first application in history and the only one in the world that
makes it possible to calculate the dates for the conception of a strong and healthy child
with outstanding intellectual and spiritual abilities.
AUTHOR's PROJECT by VALERY UVAROV AND AEVUM DAEMON
The unique feature of the "Cosmic Baby" app
is in the fact that its calculations are based on the ancient Egyptian doctrine of the threefold unity in the structure of the Human Being, the Earth and the Universe. For more details, see
the book "The Pyramids. Legacy of the Gods" by Valery Uvarov, 2007.
In ancient Egypt, where the birth of a child was regarded as the arrival in the world of a following embodiment (hypostasis) of God on Earth, preparations for conception began with the calculation of the dates of the passage of specific energy flows during the annual cycle.
This was the most important and most sacred part of the knowledge received in ancient times from the hands of the gods. The gods taught that a child's health, talents, outstanding qualities and successful future depend on the influence of specific planetary-energetic and cosmic factors, superimposed on the biorhythms of the parents and the future child at the moment of conception.
Reflecting the principle of "Anthropo-similarity" (to be similar to the human body), the teaching explains that the Human Being and the Creator are constructed according to a single genetic code. From this it follows logically that the potential for the harmonious development of the Human Being, who has a common basis with the Creator, is provided in the genetics of the Creator Himself. To realize this potential, it is necessary for a person to possess particular knowledge and be in a harmonious energy interaction with the Universe, which is the body of the Creator. Then the predispositions and abilities of the Human Being will develop according to the program provided by the genetics of the Creator.

Following the principle of "Analogies", the algorithms used to calculate conception dates are based on the biological, bioenergetic and cosmoplanetary cycles, as well as the resonances between them that connect the human organism, the Earth and the Universe in a single, complex subordinated, harmonious system.

In the explanatory part about the mechanism of energy-information exchange is said that the energy source necessary for a harmonious development is the energy system of Human Being, the Earth (what is below) and the Cosmos (what is above).

The teaching contains a direct indication that a person's abilities become "divine" only when his or her energy system is synchronized with that of the Earth (see The Emerald Tablet of Hermes).

The importance of this teaching for people today lies in the fact that, despite its great age, it contains knowledge and technologies far superior to the achievements of modern medicine.

At the beginning of the third millennium, the preparation of a couple for the conception of a child include a complete medical examination of the future parents, detection and treatment of abnormalities that may have a negative influence on the health of the future child. However, there are two substantial shortcomings to this modern approach.

The first - is in a long list of deviations in case of which cannot be spoken of healing, but at most of slowing down of the course of negative processes instead.

This is not only a lack of an adequate understanding of the mechanisms behind the appearance and development of disorders. The problem lies in the general unsatisfactory state of most parents' nervous, endocrine and immune systems.

Modern medicine in general does not have adequate solutions which allow to restore the state of the organism, using the mechanisms provided by the very nature of the Human Being.
By contrast the ancient teaching underlying the "Cosmic baby" app is based on exactly these mechanisms.

The second substantial shortcoming of modern medicine is the fact that it does not take into account the mechanisms of karma and the genetics of the human energy shells. It does not even occur to doctors that the reasons for a number of serious genetic deviations lie in diseases and disorders that have their origins in their patients' past lives.

Ignorance of those mechanisms or denial of the fact of their existence does not free a person from their influence. It is on this very frontier that the ancient teaching provides an opportunity to resist and evade the negative influence of factors that cannot be removed with a scalpel…

Knowledge of the rhythms and cycles of specific energy flows makes it possible not only to neutralize the negative influence of karmic factors and defects in the genetics of the energy bodies.

Synchronization of a human energy system with the Earth's energy shells effectively restores the state of the nervous, endocrine and immune systems, boosting them and preparing the parents for the moment of conception of a healthy child.

A correct choice of days for conception takes account of the existence of special energy flows and their rhythms, resonance and interaction with which fills a person with special subtle energies.

Superimposing themselves on the bio-energy rhythms of the parents at the moment of conception, these energies create a special energy impulse. If everything is done properly and at the right time, the future child will become the bearer of energies, opening up unlimited possibilities before it.

Within the future parents' annual bioenergy cycle there are only a few days, favourable to the conception of a healthy, gifted child and a great number of days that are highly unfavourable for conception. This situation arose as a result of the restructuring of the Solar system, appearance of the Moon near the Earth, and of Venus in 3113 BCE, which has led to a fundamental change in the rhythms of the energy flows.

Unfortunately, people today have no idea about this. For that very reason, the "Cosmic baby " app, which makes it possible to identify dates favourable for the conception of a strong, healthy, and gifted child is of very great importance for the future of humanity.
Read more 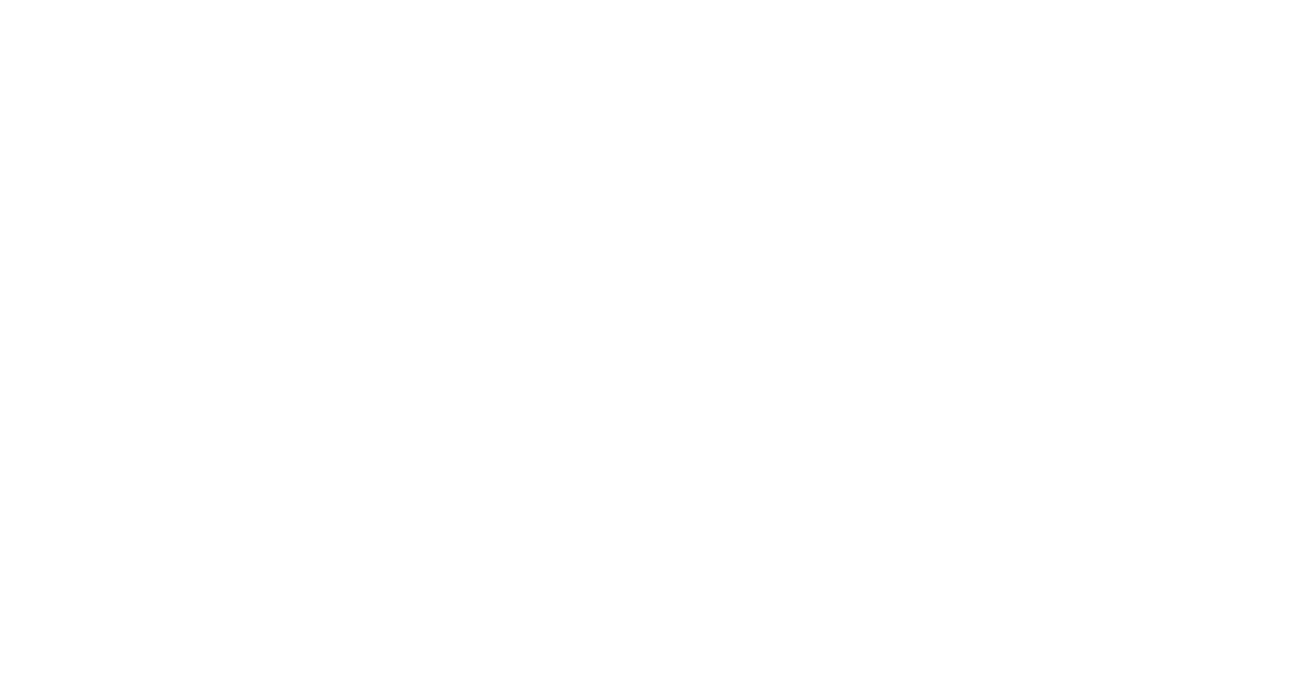 Options
It is our aim to make this application as functional as possible.
History
This option allows you to save data about changes in your individual parameters in a chronological order, as well as to view the calculations made for your friends and relatives (available for android).
Notification
A notification function about the approach of a fertile period is available for smartphones and tablets. Also, an alert can be sent to a specified e-mail.
Personal settings
This option allows you to make changes directly in your personal datasheet and comfortably receive the modified dates for conception instantly!
Support
You can request technical support as well as receive information regarding general issues, related to the basic functionality of this application.
Features
It is our aim to make the Cosmic Baby App convenient, user-friendly and easy to use.

Simple and comfortable
This app is very simple and easy to use, just follow the instructions and enter the required data. A list of fertile days is always at hand in your phone. You can also make a recalculation at any time, according to your goals, objectives and health condition.

Pregnancy planning
The application allows you to calculate the fertile days for a period from one year up to 12 years.

Important to know
It is recommended to make a recalculation after recovering from an illness that may have influenced your cycle and in general in the case of an irregular monthly cycle. This will help avoid inaccurate dates, as well as increase the number of fertile days if previous calculations showed none or only a few.

As a gift
This application is a wonderful present for newlyweds and all couples, who dream of a healthy and talented child. Just call and order a gift voucher for this app.

The possibility to calculate your own data as well as those for your friends and relatives
All data is saved in the calculation history, which is available at any time.

Required internet connection to perform calculations
Due to the complexity of the calculations as well as huge resource requirements, the app uses the server to calculate the most favourable days for the conception of a child. Therefore, calculation / recalculation of a date can only be done by the app, when connected to the internet. 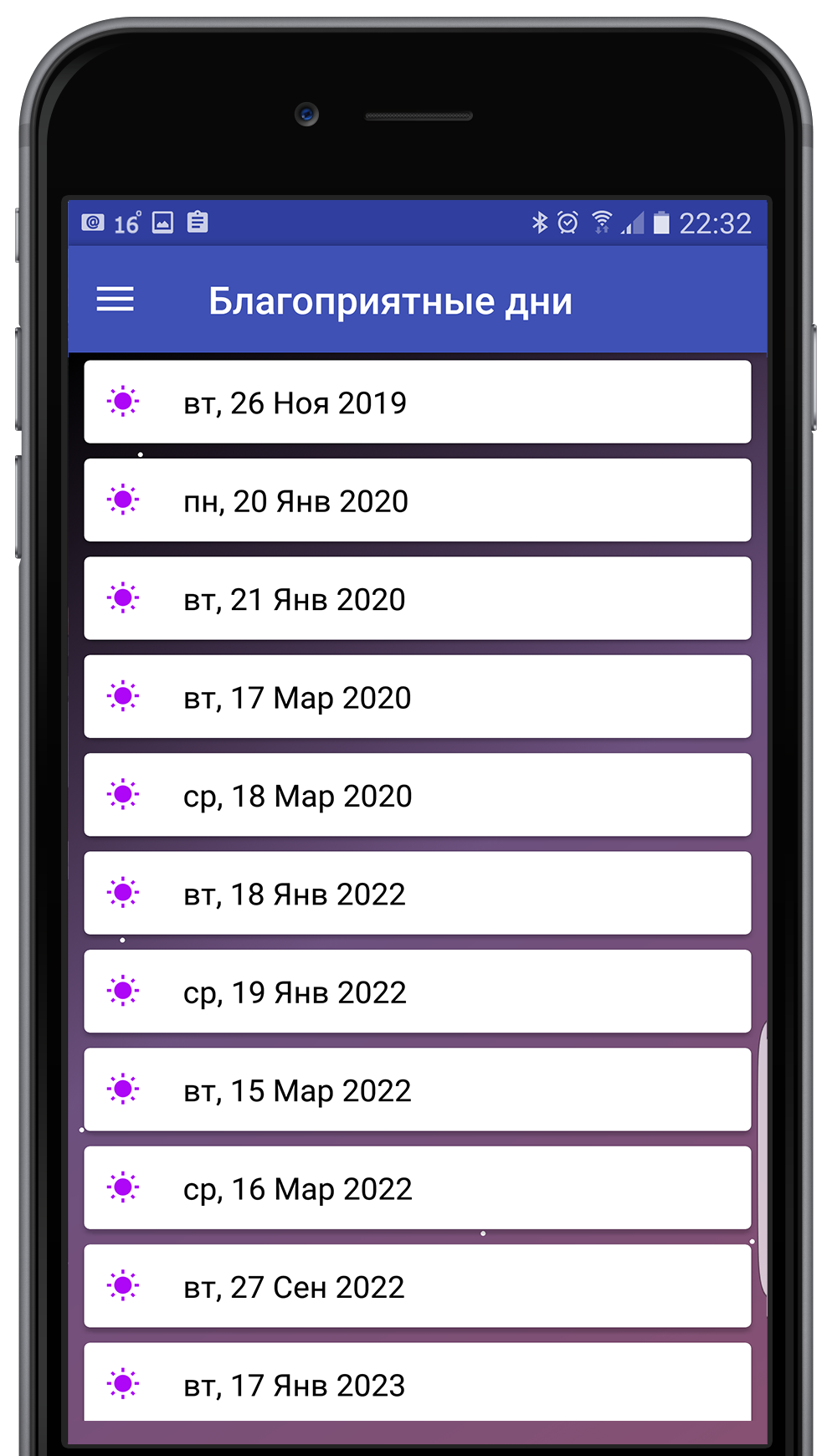 Dates favourable for conception
The dates you receive as a result of the calculations (-1/+2 days) are the most favourable for the conception of a healthy and talented child.
High energetic potential of the couple (including the genetic), combined with a healthy lifestyle, an appropriate preparation of the future parents and a correctly chosen place of conception, can increase the effect multiple times.
Supported Languages 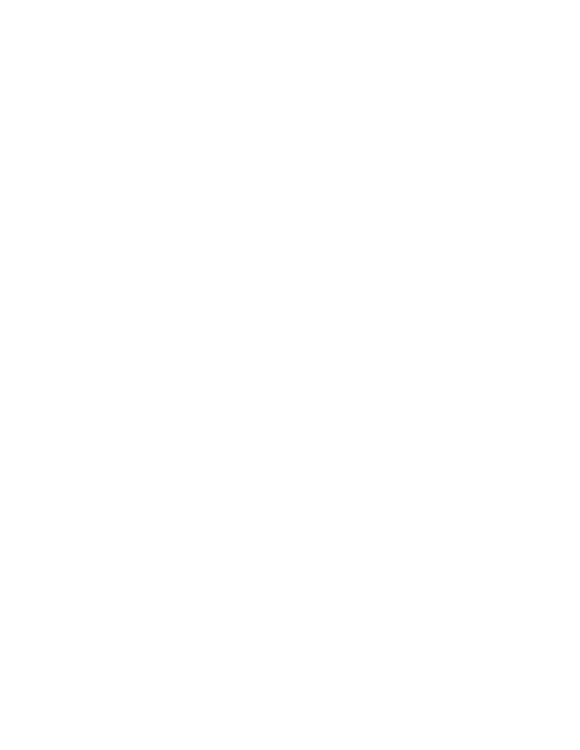 Would you like support for your language? Leave your request in the comment box.
All rights reserved
Author's project of Valery Uvarov & Rada Uvarov
Performed by Aevum Daemon
© 2017 All content on this site is protected under copyright